Eternally vengeful, the Shard scour the Maelstrom with only one objective-the utter destruction of all carbon based life forms. Pure hatred fuels their relentless war and their jagged crystalline husks are the only weaponry they need to wreak their havoc. By channeling their cores of pure energy, the Shard unleash piercing lasers, disruptive force fields and epic blasts from the dreaded matrix cannon to lay waste to any and all who are unfortunate enough to be caught in their whirlwind of rage. 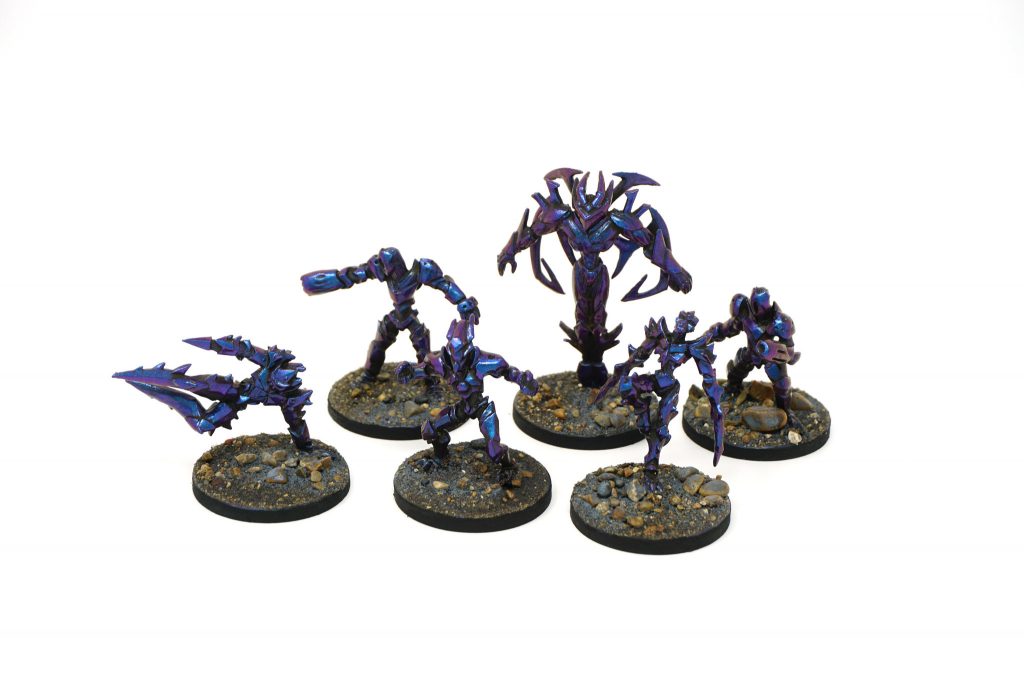 The Shard are originally from one of my favorite (unfortunately out of print) miniatures game Vor: The Maelstrom. Thankfully, you can still order the models from Iron Wind Metals!

A quick note about the paint here: as much as I adore the color shift paint I used, it needs to have good light to be visible. The way the paint works is by spraying layer after layer of metallic pigment over a black basecoat. As the light moves across the models, the colors shift and change from blue to violet to an almost orange. In the wrong light, they’re just… black. Don’t worry though, your old buddy Dave still has plans for the Shard. You shouldn’t be too surprised to see them pop up again in the future.

I saw a man who wasn’t there