Happy Miniature Mond-Tuesday! Tuesday. Is it still Monday somewhere? I bet it is. So this week, I’m showing off half of the Plague faction for the upcoming Deadzone photobook. The Plague are transformed humans infected by an alien virus (? The game lore is ambiguous regarding its exact nature), whose sole purpose is to spread the plague to new hosts, expanding out further and further, which is an issue when things like spaceships come into play. You think something like bird flu is bad when it spreads through people on airplanes… At least catching the Plague looks cooler than catching the flu. 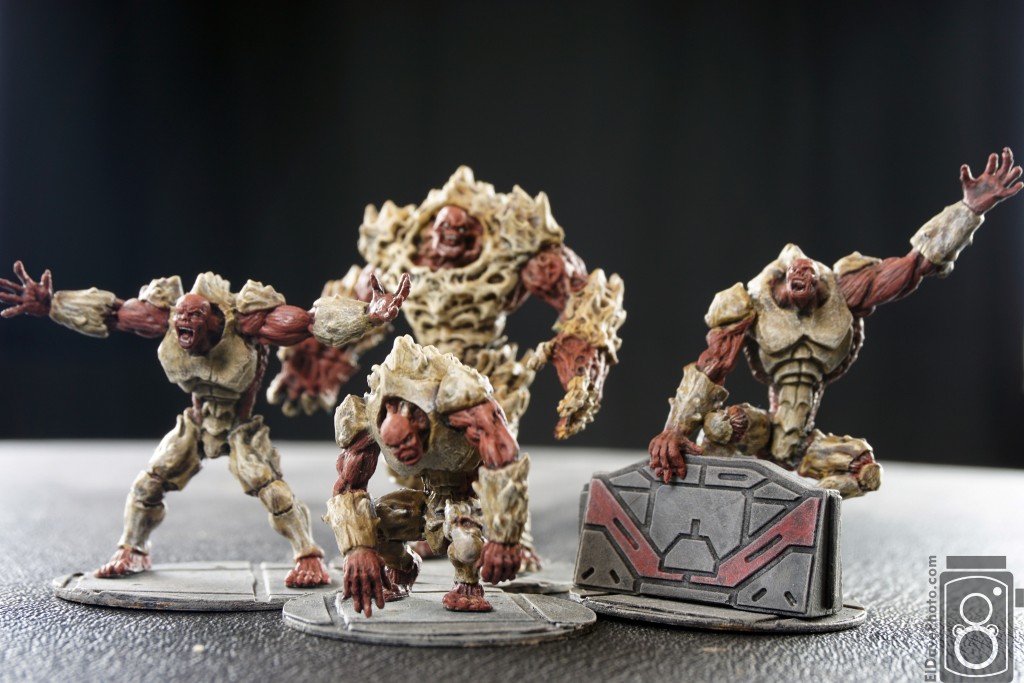 These are only the Stage 1s and 2s. The Stage 3 Plague are still on my desk drying and I needed to get the post up!