This week’s post is a little bittersweet as I’m saying goodbye to an old figure that’s seen plenty of time in front of my camera. One of the issues with toy/scale model photography is that there’s only so much you can do with them, as opposed to, say, someone in costume (which has its own challenges!). The articulation limits you, the face is frozen in place, and eventually you just… get bored. So with a heavy heart, its time to give this McFarlane Predator one last run before wishing him all the best in retirement. 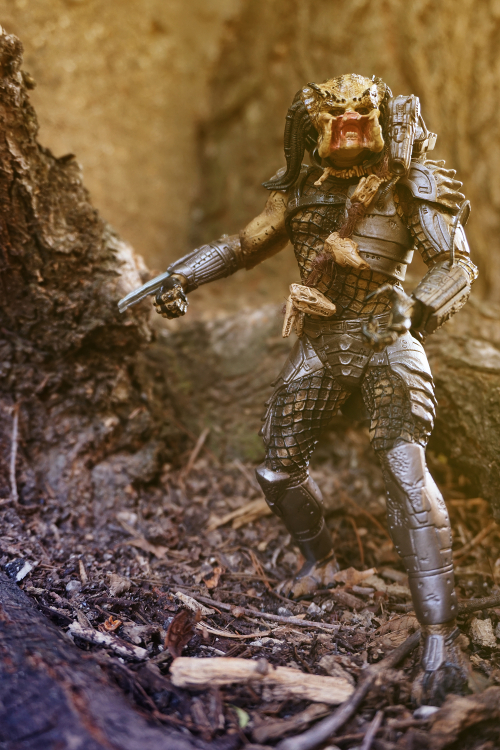 What do you think, so I look into getting a different Predator? NECA makes a TON of them, and I did just pick up a figure from another NECA line…

I said we’ve been waiting for a long time