This Techmarine is another model from my Warhammer 40,000 Space Marine collection. Taken from the same army as Brother Marine Cuddles, this is Techmarine Calix of the Emperor’s Cutest. For those unfamiliar with Warhammer 40,000, a Techmarine’s role is to keep the fighting machines operating on the battlefield while still being a space marine and shooting lots of aliens. This particular model was created and painted for the Deathwatch roleplaying game, so he has a more… focused role. Basically I used him as a way to cheat and get more guns. Guns in his hands, guns on his gauntlets, guns on his shoulders, guns on his servo harness, guns everywhere I could put them. While that may not be strictly legal, it followed the rule of cool, so I got away with it.

Unfortunately the game started with Calix having to repair the team’s aircraft. As it was being shot down. I should’ve probably taken some sort of mechanics skill, but maaaaan did he look cool walking away from the crash. 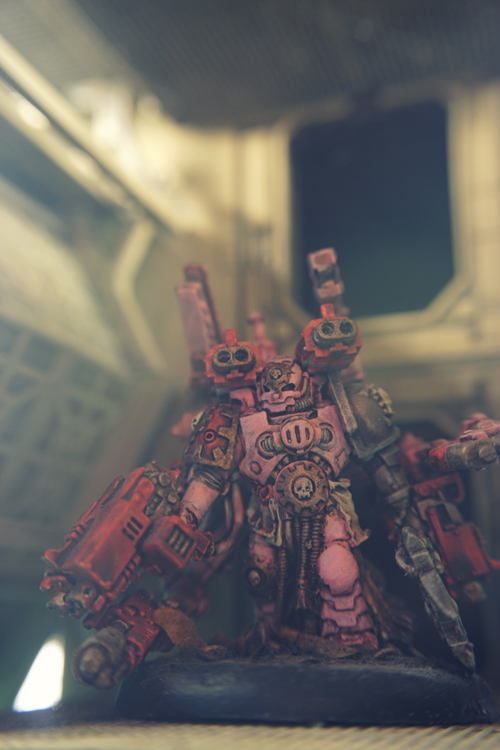 when there is money in it