One of the projects that’s been on my desk for far too long, I finally finished this up over the weekend. I present to you… Brother Marine Cuddles of the Emperor’s Cutest. Actually, this is version… 4? Yeah, I’m pretty sure this is the fourth version of him that I’ve built and painted, the Deathwatch variant. I have plans for a version in Terminator armor eventually…

Just for some context, this is a Space Marine from the tabletop game Warhammer 40,000 by Games Workshop. Yes, he is pink. Having a pink army is a very fast way to tell you if your opponent is someone you’ll want to hang out with and talk to after the game. The model itself is made up of parts from Games Workshop and Anvil Industry, climbing up a base made by Scibor. My concept was him hopping up onto the collapsed statue, giving him a little more time to blast away the nasty alien Genestealers before they could reach him with those horrible claws.

Will Brother Marine Cuddles make it out alive? 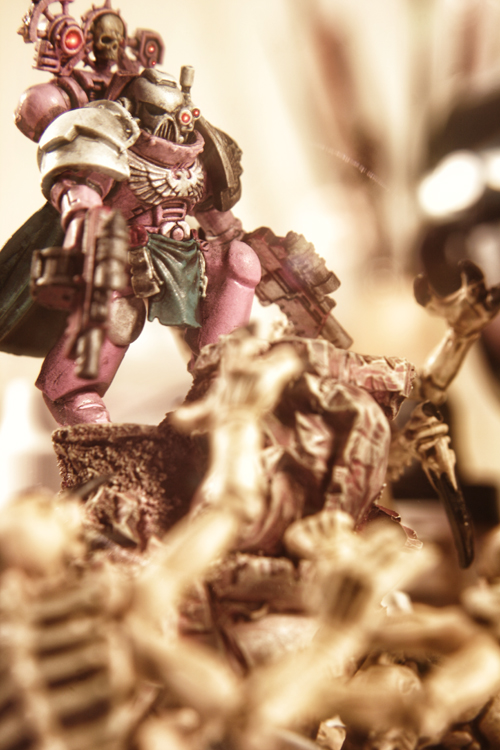