Good morning and welcome to the last Miniature Monday(ish) before Adepticon! This week, I’ve got a special preview from the upcoming Deadzone book and I’m pulling back the curtain to announce the book will be titled SEVERANCE. In the Deadzone universe, the human empire is made up of huge, system-spanning corporations unified under the rule of the Council of Seven. They bid on newly discovered star systems and invest the capital, resources, and people necessary to either set up a permanent settlement or to strip mine all of its resources before moving on. Unfortunately, however, the universe is a big place and humanity isn’t alone. Foremost among the threats is the Plague, an alien virus that transforms living things into horrible monsters for the sole purpose of spreading itself to more and more hosts, and, unfortunately it has found its way onto an orbital mining and refinery station. 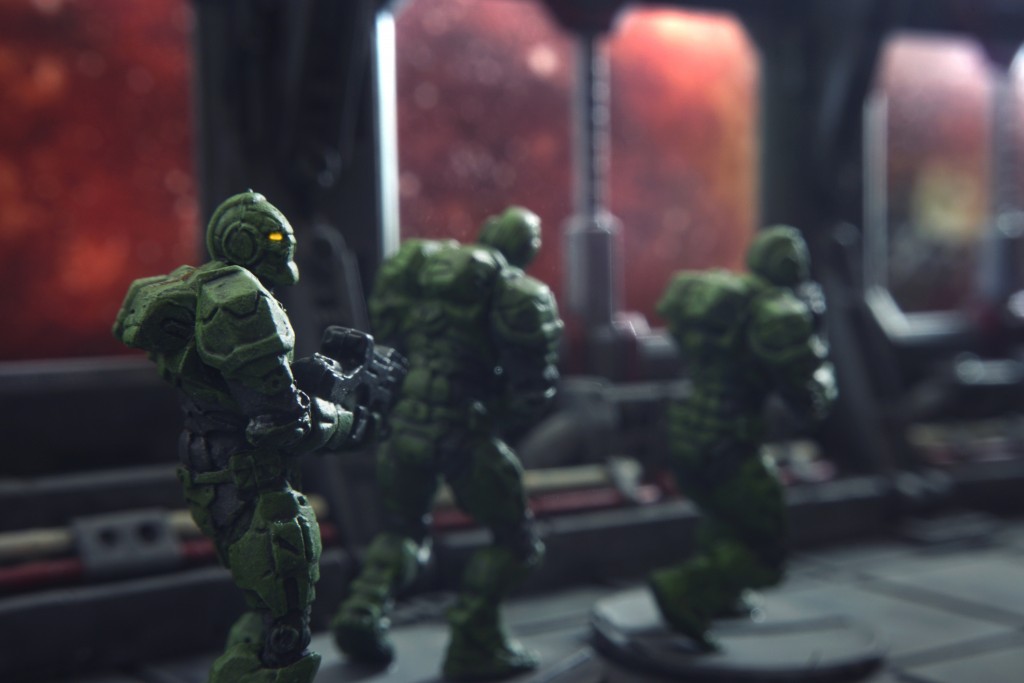 For this, I’m really practicing the quieter moments. Unlike Heroic Scale, I have a limited number of models to work with, so simply pairing them off in different settings wouldn’t work. In this image, my thinking was the scene, early in every horror movie, where the protagonists are walking and something blurry runs by the camera so quickly that most of them don’t notice. There’s always the one person that stops and looks, putting them just behind their friends…