Way, way back in the far mists of 1995 (I think), a starter box of Battletech found its way into my hands. I had been reading the novels and had even bought one of the Technical Readouts before I even realized that there was a game. To me, it was just a bunch of cool stories about giant robots. And then the boxed set happened and it was real. Suddenly the giant mechs were right there in my hands. I had little maps to move them around on, and I immediately set about trying to rope my friends into playing with me. My cousin Trae and my friend Simon were two of my first (and biggest) opponents and I loved it so much. There was just one problem; the models were boring grey plastic and that just wouldn’t do. Using my trusty Testors enamel paints and the crappy plastic brush that came with the kit, I set to work. My first painted model was this CRD-3R Crusader painted in the black and silver of my army, the Black Blades. (I told you I was a cool kid!) 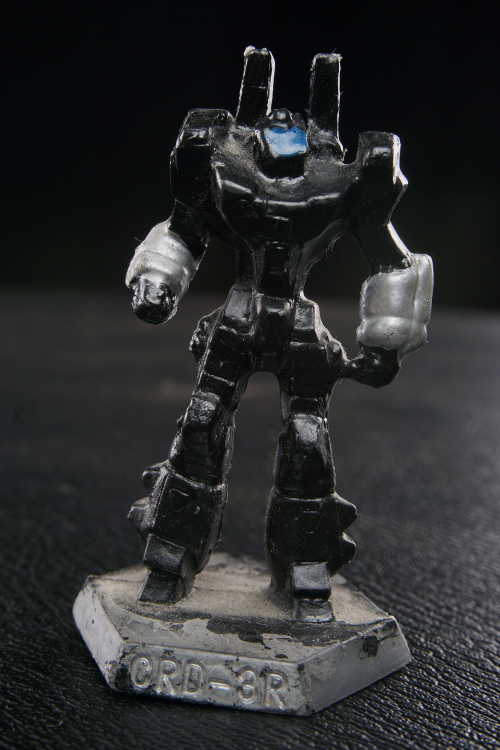 While it’s easy (and tempting) to laugh at it and be all self-conscious about something I painted 20 years ago, the truth is, painting this (and all the others) made me happy. It was something creative that I could do with my friends and then, not only had I just painted this cool robot, we got to play a game with them! It’s almost like having my cake and eating it too. Honestly, painting these models (and all the many, many figures since) has introduced me to some of my best friends and I can’t imagine who or where I would be had I not decided to slop on layer after layer of enamel paint onto cheap plastic robots. You know what the funny thing is? Even after all this time, I’m still painting robots. One of the figures currently being worked on, a test figure of a Necron Warrior: 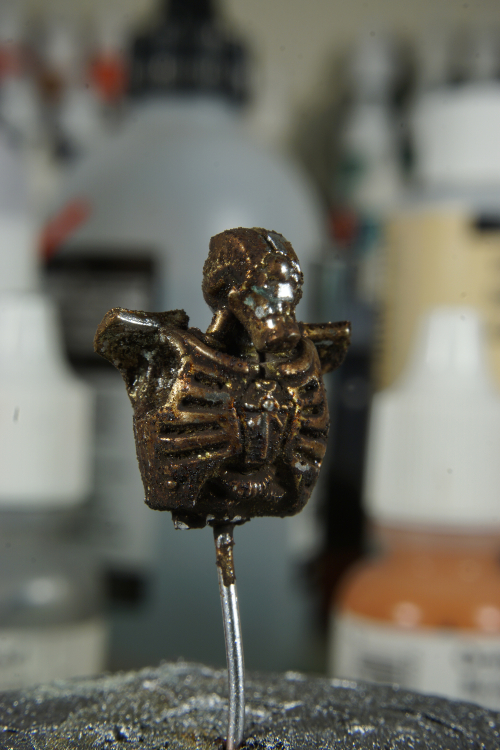