This week there are a couple of new experiences for me. Not only is this the first “real” photo with my new studio setup (I have taken a few warmups), but it’s also my first foray into the hard plastic model kits from mantic games. Fortunately, both experiences turned out overwhelmingly positive, despite my tripping over one of my light stands, bringing it down onto my shoulder and almost knocking down another light on the way! Ok, so I feel like I’m doing a bad job of explaining this. Look, the important thing is, I’m fine, the lights are fine, and the pictures turned out fine. No, you cannot see the Hello Kitty bandage I used.

At any rate, I ordered one box of Undead Skeleton Warriors and Mohrgoth the Faceless from their Kings of War range. I’ve had a few emails with mantic and a very brief conversation at Adepticon, and they’ve always gone above and beyond in not only being both professional and lovely to speak with, but also in their enthusiasm for their products and excitement for their community of customers. I mentioned earlier that this was the first hard plastic models I’ve ordered and I made the distinction because I had previously bought the Chromium Chargers models for their game Dreadball, and… they weren’t great. They were cast in a soft plastic (restic) that made removing the mold lines very time consuming, and those mold lines were in terrible places that made them even harder to deal with without potentially damaging the model. Lesson learned! These hard plastic kits, though…

I was so excited about these kits that I broke out the smoke machine. 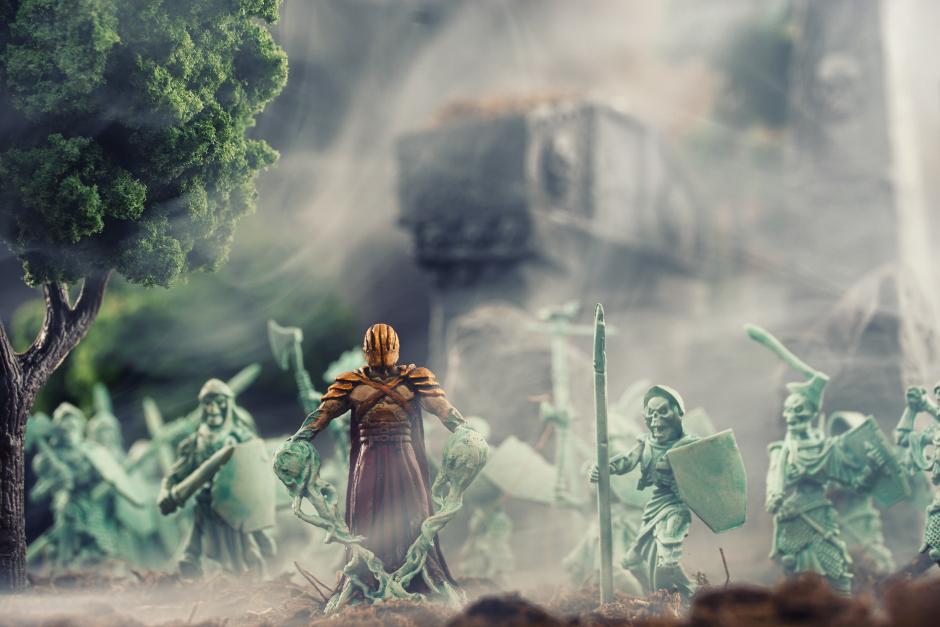 One thought on “Mantic Undead”