Beneath the desert sun

Today’s post was originally about Xaltotun and what a horrible monster he is and how I was so scared and he trashed my studio. That won’t be happening for two reasons.

1.) I found him to be utterly charming. Xaltotun is like an elderly relative who talks about the good old days when man groveled at his feet and can’t quite dress himself properly and mumbles about washing the world away with the blood of the innocent, but you know that last part is just a side effect of his medication and you love him all the more for it.
2.) The original post got deleted by a certain assistant camera WHO SHALL REMAIN NAMELESS, so I’m going to give you a little glimpse behind the scenes.

Everyone that follows me on Flickr saw that Sunday I hired on two new assistants to help out around the studio. They introduced themselves as Pit Droid and… Pit Droid. And they look exactly alike. So, like any good boss, I gave them the “nickname” (cough, cough) The Twins and let them loose straightening up. As a matter of fact, they did such a great job that I asked them to help me out with Xaltotun’s photoshoot and they were absolute rockstars. They polished up the old wizard’s armor, helped him set his hat on straight, and helped him with his staff and books. Meanwhile, see if you can tell what my other assistant spent his time doing… 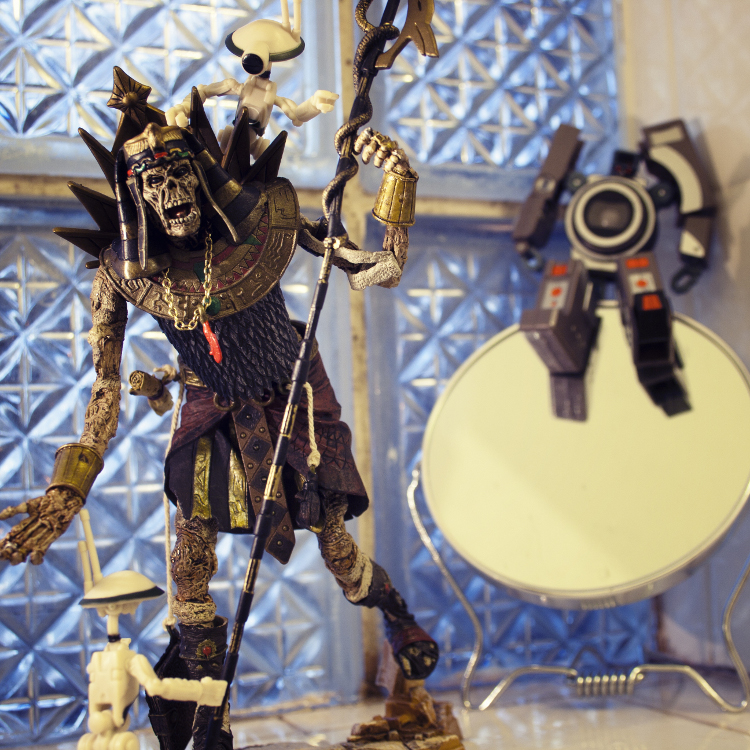 Why yes, he IS asleep on top of a reflecting mirror! Thankfully the customer was too busy describing the inescapable plagues that would destroy mankind in the coming age of darkness to notice and it didn’t spoil the shoot. In the end, we got the shot and Xaltotun was happy, so I was happy. 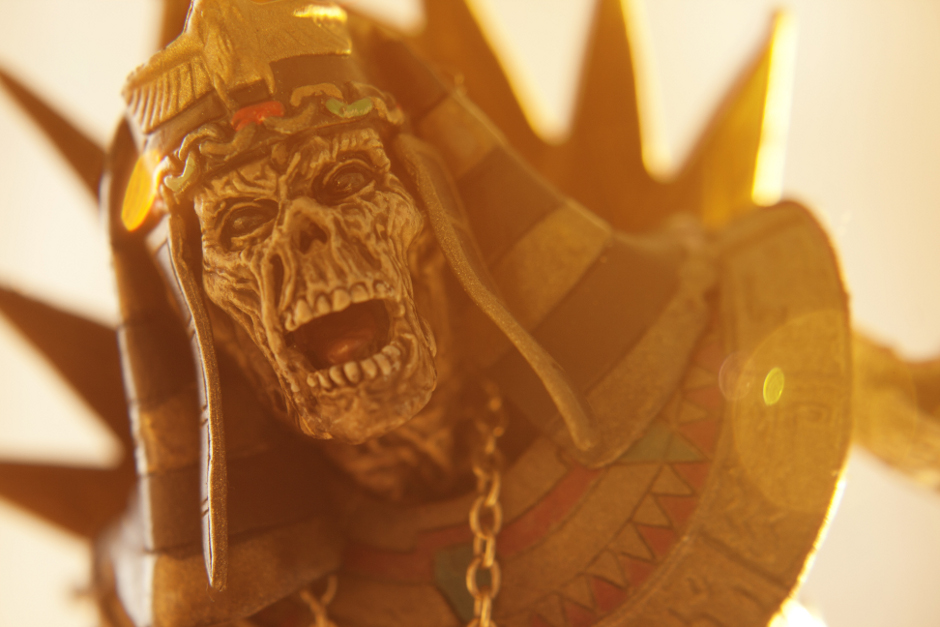