The Fences are Down

Shooting on location is something that has never really come easy for me. I spend the majority of my time in the studio where the lights shine exactly where I want them to, the models are posed, and there are generally very few surprises. I’m not known for my landscape photography, so getting a call inquiring if I would like an all-inclusive deal to document a tropical island, I was understandably surprised. The deal was pitched to me as part of an ecological cleanup expedition where foreign species had been introduced and we were going to assess the changes the island had experienced since then.

Upon arrival, the rest of the crew put on those orange… biohazard suits? I think that’s what they are called. When they saw my concern, I was assured that the first team out was wearing them solely as a precaution. Standard operating procedure, they called it.

The team reported back and I grabbed my gear and started shooting the island. Off in the distance you could see big things. I mean big things. Loud things. Howling, hooting, stomping. And me without a biohazard suit.

Suddenly there was a commotion at the edge of the clearing. Everyone was shouting into their radio (I didn’t have a radio). Some guys pulled out rifles (I didn’t have a rifle). I saw the orange suit of one of the first team running back towards us, with a Triceratops hot on his heels!

Models:
Hazmat Guy by LEGO
Pindown the Triceratops by Xtractaurs

I’ve got to raise my rates… 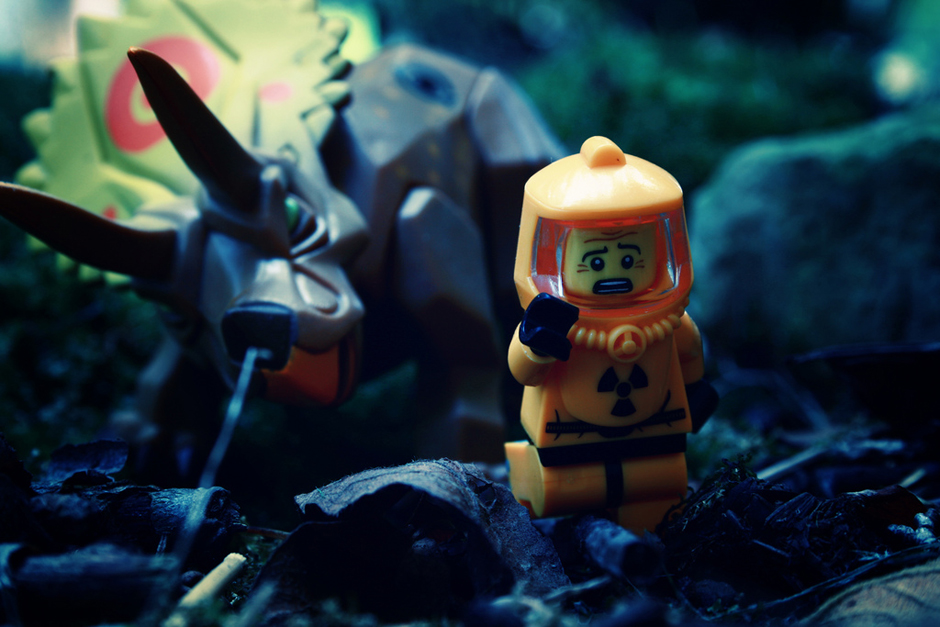 One thought on “The Fences are Down”