Ok, ok. Ok! Oh. Kay. Put the swords away and I’ll take your picture! Just stand over there. Yes, where the X is. What are you looking for? The big X on the floor is where you need to be. Wha- sir, there is nothing up in the ceiling. No… I do not have any hidden assassins or booby traps. You know, I don’t think I caught your name.

Johnny Mo is the leader of O-Ren’s personal army, the Crazy 88. Johnny Mo is most prominently featured in the “House of Blue Leaves” scene. After The Bride kills Gogo Yubari and O-Ren Ishii’s six bodyguards, Johnny Mo, armed with a pair of shōtō, arrives with an army of Crazy 88s. He is a more proficient fighter than the rest of the gang, nearly tipping the scales in their favor and holding his own against The Bride for several minutes alone while fighting her on top of a balcony railing. She eventually chops off both of his legs, and he falls into a pond from that second floor balcony and is presumed dead thereafter. *Wikipedia

Fine. Yes. Have a henchman stand there first. That’s fine.

See? No death. It’s just tape on the floor to help me with the lights. Will you please stand there now? Thank you. Turn to face me. Look up, just over my shoulder. That’s perfect.

Hold that for just a second, ok? 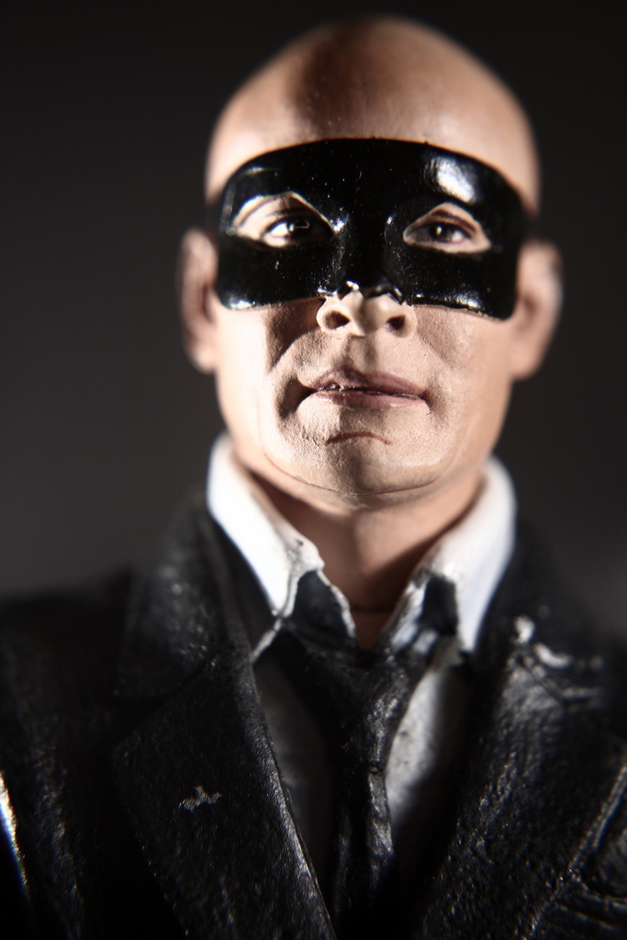 I could break into a million pieces