In every science fiction setting, there has to be a bad guy. Someone for the brave, outmatched humans to rally against, saving the entire universe in the process. For me, the less human-like that bad guy is, the more I like it. From mindless space bugs to robots programmed to destroy all biological life, I’m in.

They go around the universe, converting solar systems into their own habitats, blacking out whole galaxies. In the AT-43 universe, there is just darkness where the Milky Way should be.

With that in mind, I wanted to try and capture that sense of menace. Bringing out the bulkhead set, I positioned the figures as best I could and realized that, for the effect I had in mind, I would need two exposures. The first was with the light above and behind, and the second had the light pointed straight through the door.

In Photoshop, I combined the two shots and painted in the eyes, using the same steps as my Robot Eye Tutorial. 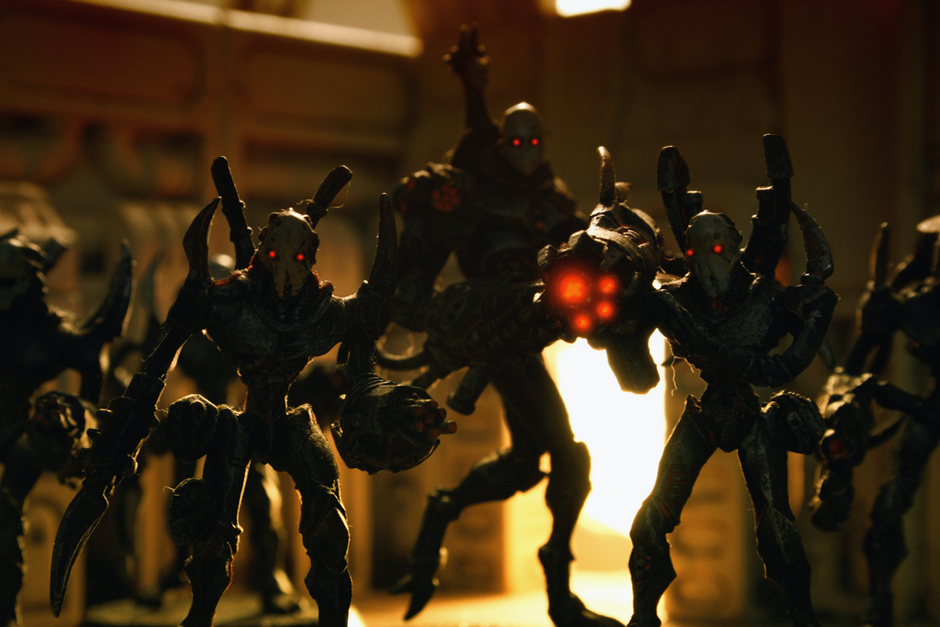