I’m jealous of extreme photojournalists. I envy their bravery and determination to get the shot, no matter how dangerous the situation or how great the risk to themselves. That said, however, you won’t see me doing that. The greatest danger I want to face is looking at the flash when it goes off!

Thankfully, wargaming miniatures allow me to indulge myself without anyone being put at risk.

I wanted to capture the squad of Laser Grenadiers making their way through a burning city, their lasers having cut through whatever war machines the Allies were using. To get the lighting right took a little work. I put the table lamp pointed down through the side windows and put a redish-pinkish-orangeish piece of scrapbook paper directly behind the set piece to reflect the light and color through the back windows.

I took it into Photoshop and increased the glow, making it more vivid and less like scrapbook paper. Then I added the heat glow and called it a day. 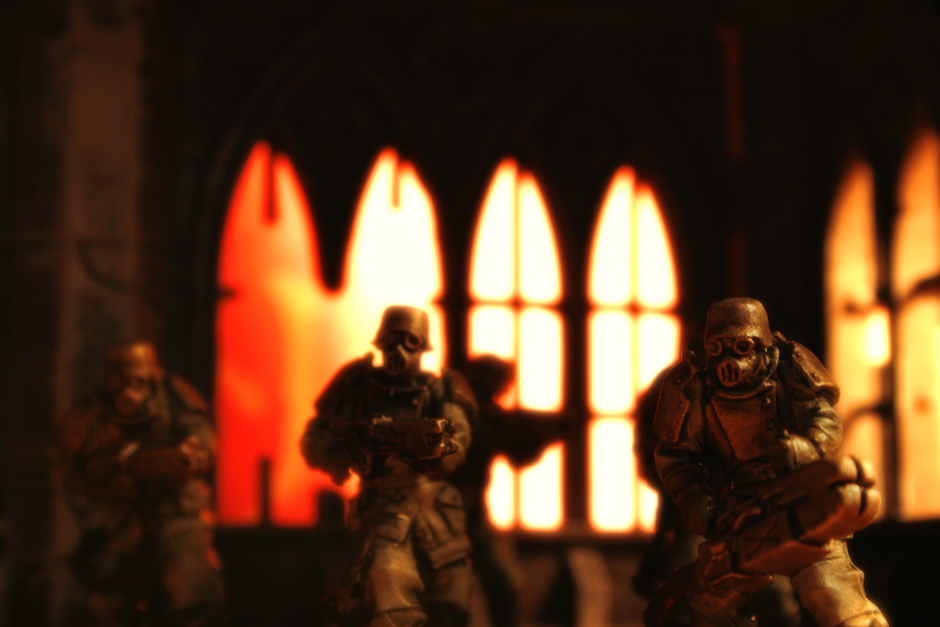 I promise one day she’ll pray for me