There are so many different projects currently sitting on and around my desk. Lots of things I’ll work on for a bit, get distracted, and then move on to work on something else. A little bit here, a little bit there, and nothing gets done. BUT NOT TODAY. Today (well, Sunday) I finished Lovac, Berserker Champion of Khorne, a ~28mm gaming miniature made by Games Workshop and customized with arms from Spellcrow, shoulderpads from Anvil Industry, and a base from Secret Weapon Miniatures.

I’ve had the idea for the model ever since I saw the big, clampy arms on Spellcrow’s website. They just called out to be used for something and who am I to resist when inspiration strikes? To paint this guy, I primarily used my airbrush on the red armor and used a standard brush to block in the rest of the details. For shading, I went over the entire model with a wash of Soft Body Black to tie everything together. (cell phone pic, ahoy!) 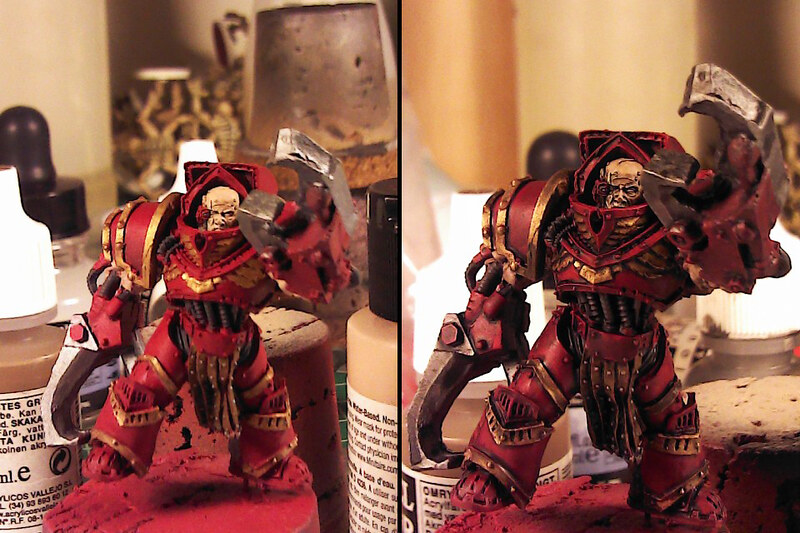 To really make him special, I mixed Uhu glue and Tamiya clear red acrylic into a red goopy gel and smeared it onto the claws with a toothpick. Because it was so thick and held together so well, I was able to lift a blob up and wrap the red glue strings around the claw until it looked the way I wanted. In the future, I think I will mix in more red so the color is a little deeper, but I’m happy with how he turned out in the end.

FYI this is straight out of the camera; just two desk lamps and an LED flashlight. 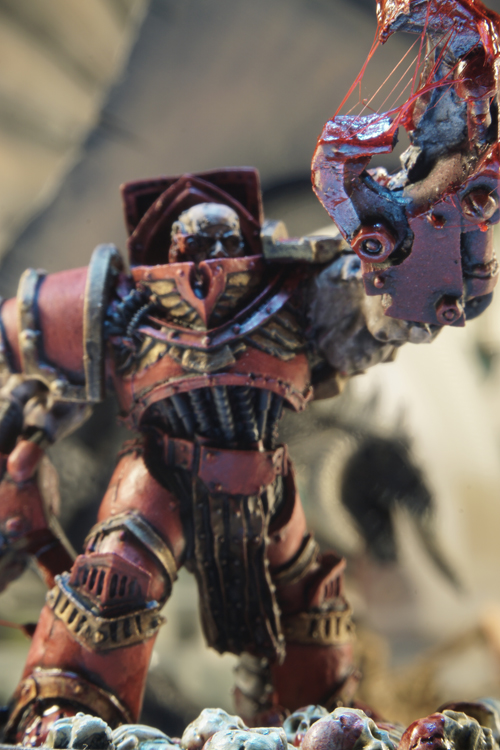 and I hit you some more