Oh wow, guys. I know it’s been a month (and then some) with no updates. The emails have been coming left and right, “Dave! Where are the updates, Dave? You said there would be weekly updates. Why are there no updates?”

Well, the reason is because I have moved back to Chicago! For the last nearly 3 years, I was out in the suburbs, but the time has come for me to come home and I’m so very, very happy to be back. The moving process was an ordeal, but that’s not why you’re here. You want to see pictures and I have a good one for you (in my humble opinion, anyway).

One of the first things I did after my move was over was to go and visit the Chicago Botanic Garden. I put out a call for anyone that wanted their portrait taken and was pleasantly surprised when the great Rennaissance painter and sculptor Donatello sent me an email. I mean, come ON! Who wouldn’t be excited for an opportunity like that?

So I got to the Garden and called the master to see when he would arrive. It turns out he was already there and wanted to meet up with me in the Japanese Garden. After gathering up my things, I crossed the bridge and there was… this… person? Short, very squat, and wearing a raincoat and fedora. From underneath the hat, I heard, “Dave?” We shook hands after a brief and awkward introduction (I thought he must have had a horrible accident because he only had three fingers), he took his hat off.

This was not the master artist I was expecting, if I’m honest. Although it sort of makes sense, I guess, since the Donatello I was thinking of died in 1466. Ok, new plan. You can do this, Dave. Be professional.

“Donatello” told me that he was a mutant turtle and a master ninja. We stepped over into the pavilion next to the zen garden for a little privacy. “Ok, Don, what do you do?” 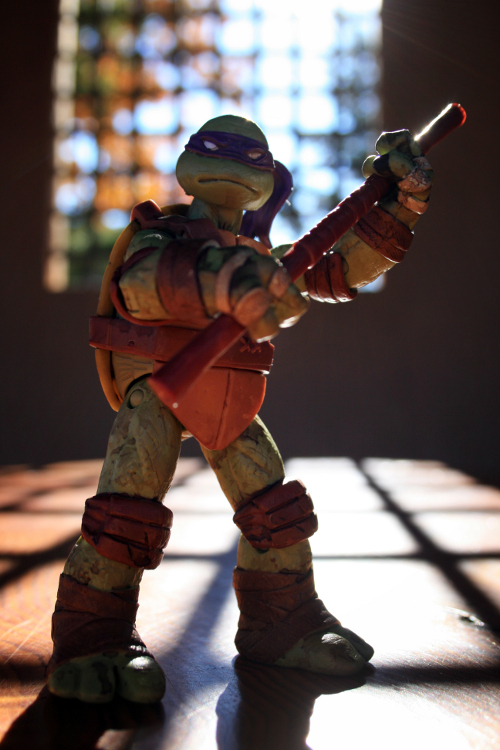 I’ve grown tired of that place, won’t you come with me