In this business, it’s all about networking. Who you know is just as, if not more, important, than what you know. You have to spend money to make money. The early bird- Ok, I’ll stop now.

The last time a supervillain booked time for a shoot, I totally blew it and was determined not to make the same mistake again. I was on time, dressed nicely, and my batteries were charged. Awesome, I thought. Let’s do this.

Finally, at 2:30, Megatron showed up for his 10am appointment.

Being late? Sure, ok. Something may have come up. He may have had to crush some Autobots or something. Cool. I understand.

He was on his cellphone the entire time.

When I asked, he just slipped it into his… pocket? A panel unfolded on his hip and he stuffed it in just long enough for me to get one shot. As soon as the shutter fired, he went right on talking.

The nerve of some people. 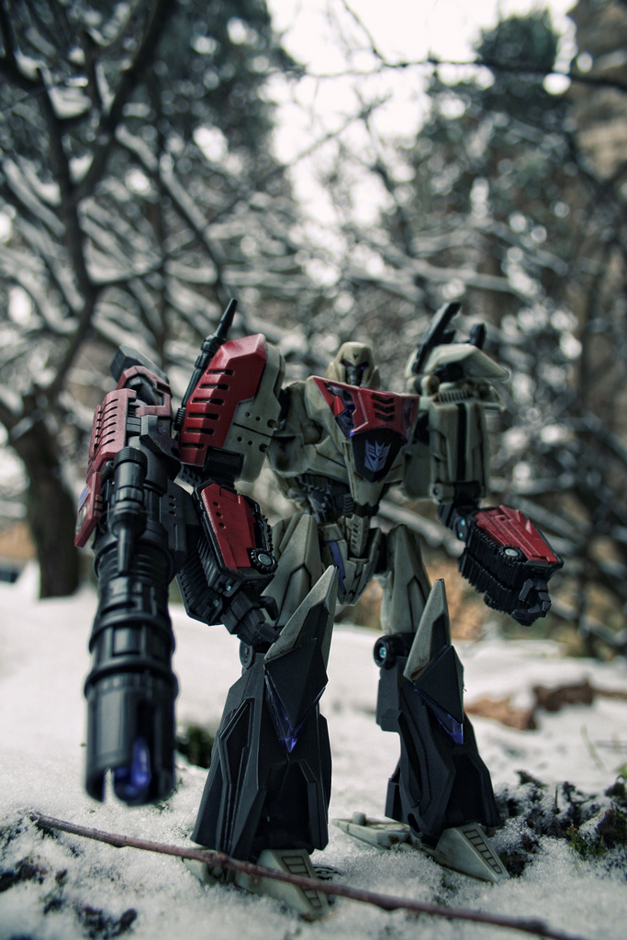 I’m talking to myself again