“You still don’t understand what you’re dealing with, do you? Perfect organism. Its structural perfection is matched only by its hostility.” 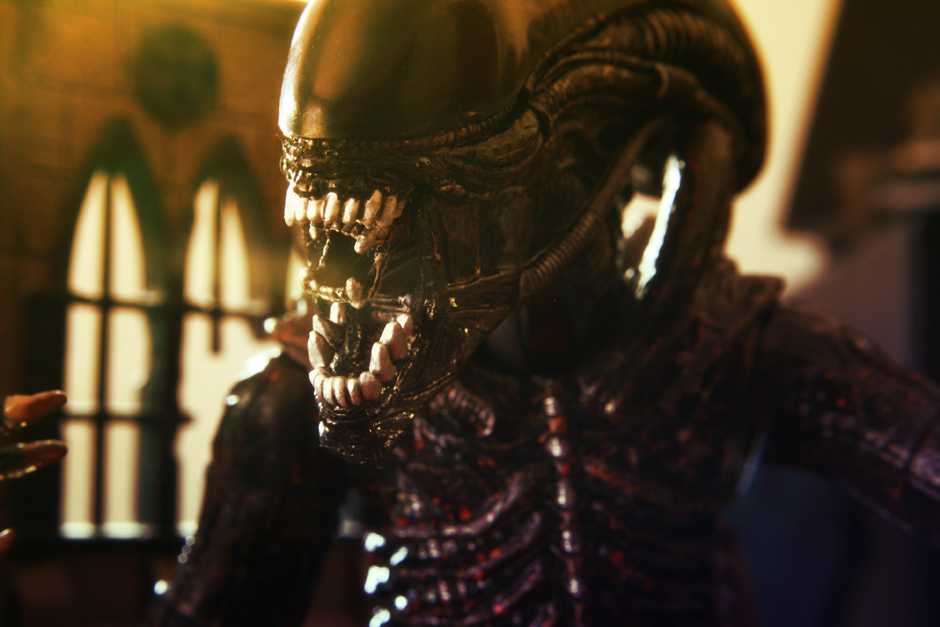 The Alien, unlike many other movie monsters, still creeps me out. I realize it’s just a movie, a guy in a rubber suit, or a 3D model on a computer, but UGH. I don’t know what it is, but just the way it looks, the way it moves, everything. I have such a hard time watching those films, and, to be honest, it’s been a very long time since I’ve even tried.

Pretty impressive for something originally designed as a fetish suit.

Model: Alien from the Alien and Predator Deluxe Box Set by McFarlane Toys.

I guess it’s possible, that I have been a bit distracted