This week, Larfleeze (the Orange Lantern) stopped by, clutching a stack of prints from Sinestro’s shoot. “These! I want these!” My assistant, Reflector, pointed out that he already had them. Right there in his hand. “…I want these but with me in it.”

Oh dear. Here we go again. Just getting him in to the studio was an ordeal. “What’s that?” That’s a chair, Larfleeze. “I want it.” When he saw the equipment he nearly went berserk. “What’s that?!” That is the remote for the lights. “Ooooo…..” Everything he saw, he touched. Like a kid in a store, except kids don’t make everything all glowy orange as if their fingers were covered in radioactive Cheetos dust.

I asked what he wanted to do with the lantern battery and he just hugged it and rocked back and forth. “Mine… Mine… Mine…” 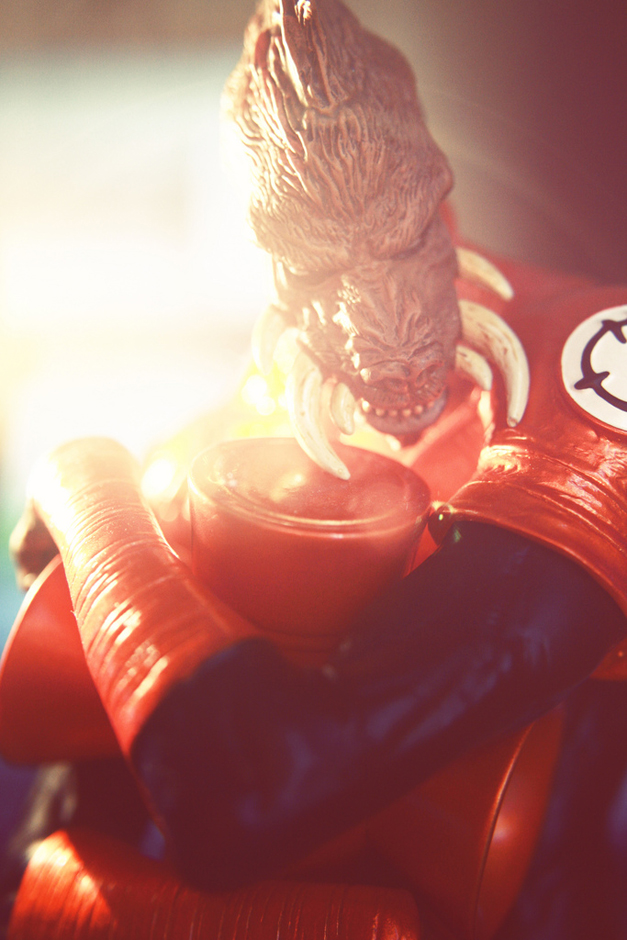 The flashes seemed to snap him out of whatever was going on in his head. “Thank you for the cameras.” Don’t you mean prints? “No!” All of the equipment he touched that was all glowy orange stood up and followed him out the door.

I feel like I’m in a blocked state of mind
Am I getting through?